Oh Crap!chat: A Look Into How a Social Media Platform Got It Very, Very Wrong

When you think of the social media platforms, maybe Snapchat isn’t the first to come to mind, but with 319 million daily users and a revenue of $1.3 Billion, they’re not exactly a small player. One would think, with so much at stake, that their social media team would be careful to not take any missteps, but that’s exactly what happened four years ago.

In March of 2018, a series of advertisements for a game called “Would You Rather?” started appearing on snap feeds. Most were harmless animations of typical quandaries, but one stood out in a very, very bad way.

The ad asked users “Would You Rather…” and gave two options. Option A) Slap Rihanna or Option B) Punch Chris Brown. Whoa! That’s not the brand voice or tone that Snapchat users were used to. In fact, promoting violence should be part of the voice of any brand, save for the UFC. 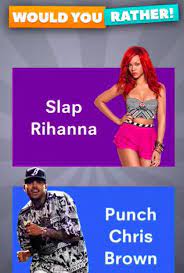 This ad didn’t just randomly propose two violent options for greeting famous singers, it featured two halves of a former celebrity couple that had a domestic violence history. Nine years prior, in 2009, Chris Brown was infamously charged with felony assault for beating Rihanna.

How could anyone trivialize domestic violence, especially against beloven Bajan, Rihanna? The terrible combination of celebrities and the word used did not go unnoticed. The ad was inappropriate and caught the ire of many, including Riri herself who replied via Instagram, saying “Now Snapchat, I know you already know you ain’t my fav app out there! But I’m just trying to figure out what the point was with this mess. I’d love to call it ignorance but I know you ain’t that dumb! You spent money to animate something that would intentionally bring shame to DV [domestic violence] victims and made a joke of it!!! … Shame on you. Throw the whole app-oligy away.” 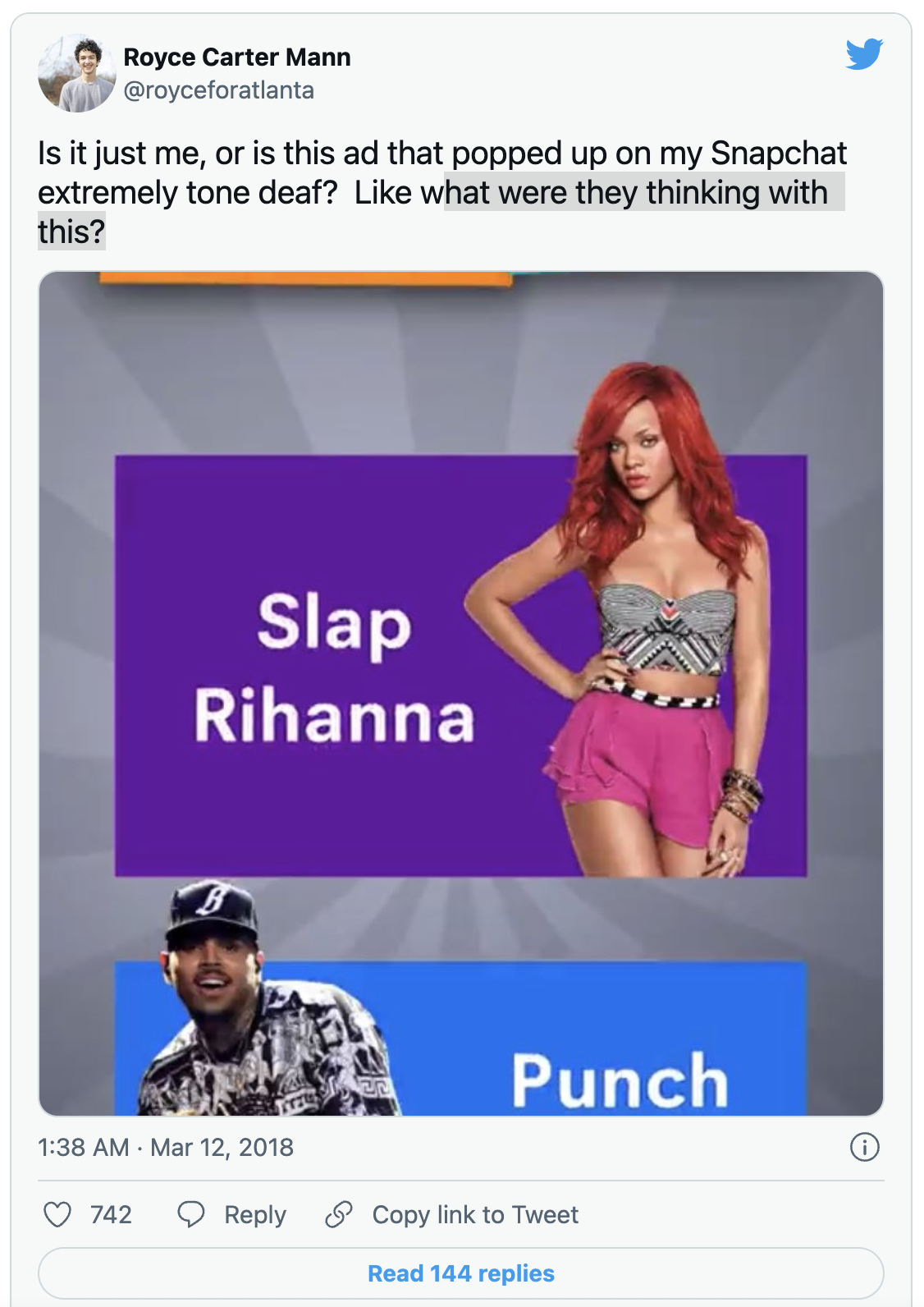 To be fair, this wasn’t an ad designed by the Snapchat team, but there are processes in place that should prevent inappropriate content from being posted or advertised, and it was there that the Snapchat team dropped the ball. After pulling the ad, Snapchat released a statement saying “The advert was reviewed and approved in error, as it violates our advertising guidelines.” That ‘app-oligy’ as Rihanna called it, left a lot to be desired, and was a too little, too late scenario for Snap, Inc. who lost $1 Billion in valuation shortly after her remarks.

This case study just shows that whether or not you are directly responsible for posting a piece of content, when something this inappropriate becomes associated with your brand, it’s hard to shake. Rigorous guidelines should be developed and adhered to in order to prevent these kinds of disasters and careful attention must be paid to the content that you post affiliated with your brand or platform.

===========
Mia Almaguer is a brand innovator/educator who leverages her creative capital to strategize, visualize & deploy campaigns that resonate. You can read more of her insights on her blog and connect with her on instagram (@workingwithmia) and LinkedIn.

No comments to show.